In your Angular application, you probably have pages you only want authenticated users to access, but how can you control this? Router in Angular is a service that provides navigation among views and URL manipulation capabilities. Route guards are then implemented to prevent users from navigating.

With Router Guards we can prevent users from accessing areas that they’re not allowed to access, or, we can ask them for confirmation when leaving a certain area. And these are particularly my favourite for authentication since route guards make this integration quick and easy!

Now as we have got some idea on routing and use case of Route Guard lets jump into the way it’s created and implemented in Angular Js.

Let us first build your code as follows:

Next, We can generate guards with Angular Cli from command line inside the directory you want to create the app.

First make sure you are in the right directory: cd src/app/

At the end of this step, we will have the following directory structure:

In order to create the guard file, angular has this amazing one-liner command:

Here we call the ng generate to generate the guard authentication file.

If the CLI (command line interface or your terminal) asks you which interface you would like to implement, choose CanActivate. You will see that the CLI will create the /auth directory for you if you haven’t created it yourself so far.

Before we jump to he service file, you can read more about the different kinds of interfaces availble for implementation here:

Note that in the above code, class AuthGuard implements CanActivate as we had previously selected CanActivate from the CLI. We will add more steps in this method later, but for now we can keep it as is. If you dont understand all of this now, it is completely fine, we will get to the further steps soon!

CanActivate is the interface that determines if the user can proceed to a specific route. I’ve edited the return type to be just Observable < boolean >. Your application might be different.

Now that we have created our guard file we also need a file which checks the authentication state of the user which is written in auth.service.ts.

This function might call an API endpoint or a serverless SDK function. In this example we will assume you are calling an API endpoint. Here is an example of what your auth.service.ts file might look like:

Let us understand the above code. Here we are create a class AuthService which uses the method isAuthenticated(). This function is going to call an API endpoint /auth/isAuthenticated that will return an object indicating the authenticated status.

Authentication status would be true or false (a boolean field) which can then be used for routing purposes.

Now that we have our guard and service file ready, we need to import it and define it in the constructor. We also need to import Router to redirect the user to the login page if they are not authenticated.

So let us make the following changes in our first file – auth.guard.ts:

Now we will edit the CanActivate method in the guard file to use the isAuthenticated() function from service file.

In the above code, we are calling the isAuthenticated() function. We make use of the pipe and map operator to access the response. We then use the response to determine the user’s authenticated state. If the user is authenticated, we return true. Otherwise we use the Router to redirect the user to the login page and return false.

We are also using the catchError operator to catch any errors from the api. If there is an error, we will redirect the user to the homepage and return false. Did you notice that false is wrapped in an of rxjs operator? This is because catchError requires you to return an observable. Of takes a value and wraps that value in an observable.

Adding Guards to your Routes:

In the routing modules, app-routing.module.ts, you need to add the guard to all the routes you want to protect.

In this example, lets protect the user’s profile page. Add the canActivate property to the profile route that takes an array of guards with only your AuthGuard. Also add the AuthGuard to the providers array.

Adding the guard to the route’s canActivate property ensures that this guard will be run anytime someone tries to access the profile page, only allowing them to proceed if they are authenticated. Additionally, without adding it to the providers array, your guard will not be registered and the application won’t run. Don’t forget to add any guards you may have in your application to this array.

The CanLoad guard prevents the loading of the Lazy Loaded Module. We generally use this guard when we do not want to unauthorized user to navigate to any of the routes of the module and also stop then even see the source code of the module.

First, we need to create a Angular Service, which implements the CanLoad Interface The service must implement the canLoad method. This method must return either true or false. The Angular evaluates the canLoad and loads the lazy loaded module only if it returns true.

Finally, we need to add the guards to the lazy loaded routes as shown below. Note that you can create more than one CanLoad guard, each guard runs in the order added.

This route guard is used to keep the user from navigating away from a specific route. This guard can be useful when you want to prevent a user from accidentally navigating away without saving or some other undone tasks.

This route guard is a little bit different in implementation from the above-mentioned routes as it involves defining a method in the component class itself, which gets called whenever the user tries to navigate away from the route.

For example: Have you ever filled a form and mistakenly closed that tab or went back without completing the process and lost all those data? Prevent your users from experiencing the same.

Angular provides CanDeactivate (https://angular.io/api/router/CanDeactivate) route guard, which prevent navigating from one route to another, unless the given condition becomes truthy.

We talk a lot today! Isn’t that great! Well, I tried to cover most of the routing guards in detail, so that when you build you next web application you can pick and choose. Once you get hold of Angular Route Guards, adding authentication to your web pages will be seamless. This blog is written ✍️ in collaboration with Perceptron Labs (perceptronlabs.ai) and Letsmobility (letsmobility.com). 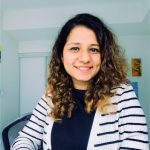 Ankita Mehtahttp://percpetronlabs.ai
Working my way to build the world's future product. Machine Learning Engineer, Data and Technology Evangelist I breathe in developing software with intelligence. I have been involved with startups like DailyHunt, Firework Hq, MagilHub to build the AI end of their products. I'm also the co-founder of perceptronlabs.ai where we bring machine learning-based products closer to industry applications.